In our Built with AssemblyAI series, we showcase developer projects, innovative companies, and impressive products created using the AssemblyAI Speech-to-Text transcription API and/or our Audio Intelligence APIs such as Sentiment Analysis, Auto Chapters, Entity Detection, and more. Here, we get an inside look at IronScribe.

Describe what you’ve built with AssemblyAI.

We’ve built a fully-fledged transcription service called IronScribe that accepts video uploads and transcribes them using AssemblyAI. The app also makes it very easy to edit the captions and lets you make video clippings (shorts) with the captions "burned in" (for social media).

What was the inspiration for your product?

This literally came from conversations with video content providers who were looking for a better and easier way to do this.

As we built it, we found it also very useful for our own content and realized the speed of processing plus the accuracy of captions (thanks to AssemblyAI). Then, the great editing UI we built and clippings (shorts), plus our respect for privacy (no 3rd party being exposed to your files), became strong selling points.

We also touched briefly on this in our podcast episode, which discusses our tech stack and challenges.

What AssemblyAI features do you use?

So far, we use the core transcription API with Paragraphs and Sentences. We also wrote some code to do chunking on max. 32 characters per caption which works nicely.

Why did you choose to build with AssemblyAI?

We started with YouTube transcriptions which were not that good. Then, we went with Amazon Transcribe which were much better, but still something was missing.

Then a friend recommended AssemblyAI and we fell in love with the accuracy and features.

Also, we liked that we could swap out the whole solution in a day of dev work–the docs are super developer friendly!

Do you have a demo of your product?

Yes! You can watch it on our YouTube channel here: 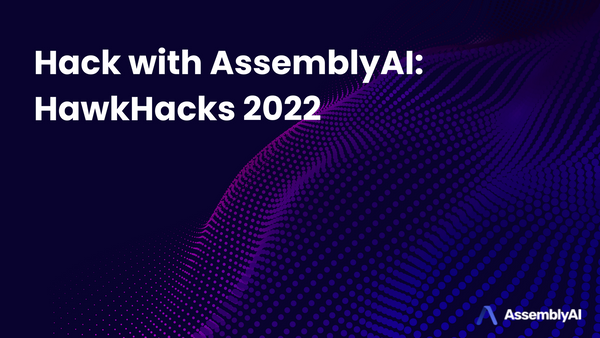 Over the past few months, AssemblyAI has been a proud sponsor at numerous hackathons around the world, including HawkHacks 2022 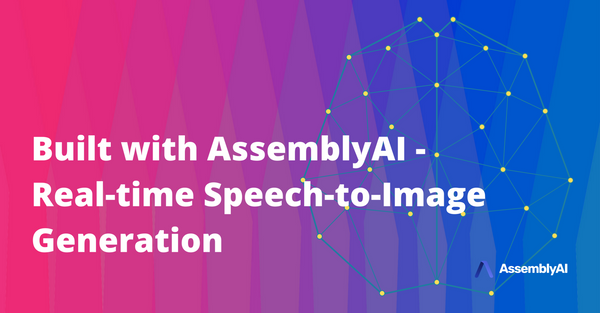 In our Built with AssemblyAI series, we showcase projects built with the AssemblyAI Core Transcription and Audio Intelligence APIs. This Real-time Speech-to-Image Generation project was built by students at ASU HACKML 2022. 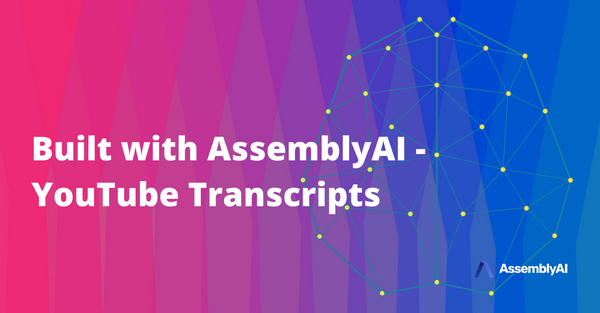