In this article we'll explain what Differentiable Programming is and how it differs from Deep Learning, in particular with reference to its greater generality. We'll learn through example by solving a physics-based problem in three (progressively smarter) ways. Let's get started!

Many Machine Learning techniques at their core boil down to minimizing some loss function to learn a model that is well-suited to solve some problem. Deep Learning builds on top of this central idea by imposing two requirements on the model itself - a network architecture and training via automatic differentiation. In contrast, Differentiable Programming demands only one of these requirements - training via automatic differentiation.

Differentiable Programming refers to utilizing automatic differentiation in some way that allows a program to optimize its parameters in order to get better at some task. It requires only three things:

While Deep Learning certainly checks these boxes, it is not the only field that does. Differentiable Programming can be applied to a wide variety of tasks in other areas, including probabilistic programming, Bayesian inference, robotics, and physics.

The Problem: Aiming a Cannon

We'll explore the topic of Differentiable Programming by considering the following question:

Given a target at a known distance, how can we adjust a cannon's angle and ejection velocity in order to hit the target?

We'll first approach this problem using only neural networks, working under the assumption that we don't know anything about physics. Instead, we just have a cannon that we can shoot many, many times in order to collect a lot of data, recoding the launch angle, ejection velocity, and corresponding landing distance for each datum. Our goal is to understand how we can exploit this empirical data in order to go in the other direction, namely mapping from a target distance to suitable control parameters that will land our projectile at the desired target.

We might think at a first glance that this problem is easy. We want to input distances and output control parameters, so we can just train a model to perform this mapping using all of the data that we collected.

Unfortunately, this approach will not work because we do not know how to measure loss. We can input a target distance and get hypothesized control parameters, but how do we determine if these are "good" control parameters? Is the average MAE between the hypothesized and true control parameters suitable? What if there are multiple solutions (which there are, in this case)? Remember that we don't know anything about physics in this scenario!

Instead, we map in the other direction, from control parameters to resulting distance, because the loss is easy to calculate - we simply measure the difference between our predicted distance and true difference (and square it for differentiability)[1].

Let's train such a neural network. Below you can see the results of training on 1,000 data points, where the blue surface is the true underlying function that we are trying to replicate.

After training, we have a neural network which has learned to map from control parameters to the resulting distance. Let's see how the loss surface changes as we vary the target distance in the plot below. The x-axis is the initial velocity of the projectile (ranging from 0 to a max of 10 m/s), the y-axis is the angle of the shot (ranging from 0 to pi/2 radians, exclusive), and the z-axis is the MSE between the resulting distance and target distance.

We started with an initial guess and successfully learned better control parameters that got us closer to our target. Below you can see an animation of different trajectories during the descent, which took several hundred iterations in total.

I said the learned control parameters are better, not correct, intentionally. Remember, although we are minimizing our loss with gradient descent (and may in fact reach a loss of zero), this loss is with respect to the approximate form of the true underlying function which defines the relationship between control parameters and resulting distance. Although we probably learn better control parameters, we don't know that they're perfect or even sufficient. In fact, the final trajectory in the animation above has a 20-centimeter error from the target even though we set our gradient descent to have a maximum of a 5-centimeter error. The error is at most 5 centimeters with respect to the approximate model, but is technically unbounded with respect to the true model.

In order to bound the error, we would need to input a target, use gradient descent (on the fixed neural model) to learn control parameters, use these control parameters to run experiments and collect the true resulting distance, and then compare this distance to the input target distance, performing some statistical analysis over large amounts of data.

While this whole process seems labor-intensive and insufficient, especially given the unboundedness of the difference between predicted performance and true performance, it truly is the best we can do in this scenario (save training the neural network on more data). How can we improve our approach?

By now you will have noticed the glaringly obvious problem with our above approach - we are not taking advantage of the hundreds of years of physics that provides us with insight into the problem at hand, insight which is conveniently encapsulated in the form of mathematical relationships which we can exploit.

Above, we were approximating the mapping from control parameters to the resulting projectile distance, but if we know the laws of motion why would we approximate this function with a neural network? In this case, a quite simple kinematic analysis provides us with the true underlying mapping, which in turn gives us the true loss surface, again as a function of initial velocity and ejection angle and parameterized by the target distance. Let's again take a look at how this loss surface changes as the target distance parameter is varied.

The easily observed difference in form between the true loss surface and approximate-model loss surface helps us highlight the issue with the previous method - minimizing a perturbed loss surface can yield imperfect control parameters. You'll notice that, despite the fact that the surfaces trend the same way, the parabola which defines the minimum curve in the real model (blue) is not identical to the minimum curve of the neural model (green). That is, even if we properly minimize on the empirical loss surface, the resulting control parameters may not lie on the true solution curve.

If we examine the trajectories of the projectile during the descent, we can see a slow-but-steady tuning to sufficient control parameters.

The true loss surface has the benefit of being globally smoother, yielding fewer iterations and a more robust descent. Also, we don't have to worry about ill-conditioning in contrast to the empirical loss surface, where if we initialized in the top right-hand corner (red arrow) our descent would've resulted in wildly incorrect control parameters. Relating to this, using the true loss surface has the benefit of ensuring that found solutions are actually correct (insofar as our physical model actually reflects reality, but this is the scope of science and not Machine Learning).

At this point you may be wondering why we even brought up neural networks in the first place. If we can simply perform gradient descent on the true loss function, why would we not just do this in the first place? The answer is that the best method actually combines the two previous methods yielding a hybrid Newtonian Neural Network approach, which is precisely the Differentiable Programming approach.

In either of the two cases above, we needed to perform gradient descent. This means that if we were to deploy such a model, we would have to worry about unknown runtimes, poorly tuned learning rates, getting stuck in local minima, etc. The need for gradient based optimization resulted ultimately from our inability to devise a way to measure loss with respect to output control parameters:

This inability to devise a suitable loss resulted in us flipping the inputs and outputs, giving us a sensible loss as the MSE between target distance and predicted distance, and then performing gradient descent to get sufficient control parameters. While we can exploit our knowledge of physics to optimize the true loss surface in this way, we can do better by using the physical model to generate a sensible loss function.

Since our physical model constitutes a composition of differentiable functions, we can backpropagate through the network and update the parameters of the neural network to learn.

If the landing distance is not suitably close, we can once again perform gradient descent on the true model, but this time using the predicted control parameters as a starting point rather than a random initialization. Therefore, with a Differentiable Programming approach, we have:

We can see the total system in the chart below:

For those interested in more advanced use cases, the team at the Julia Programming Language has some great resources on Differentiable Programming[4]. 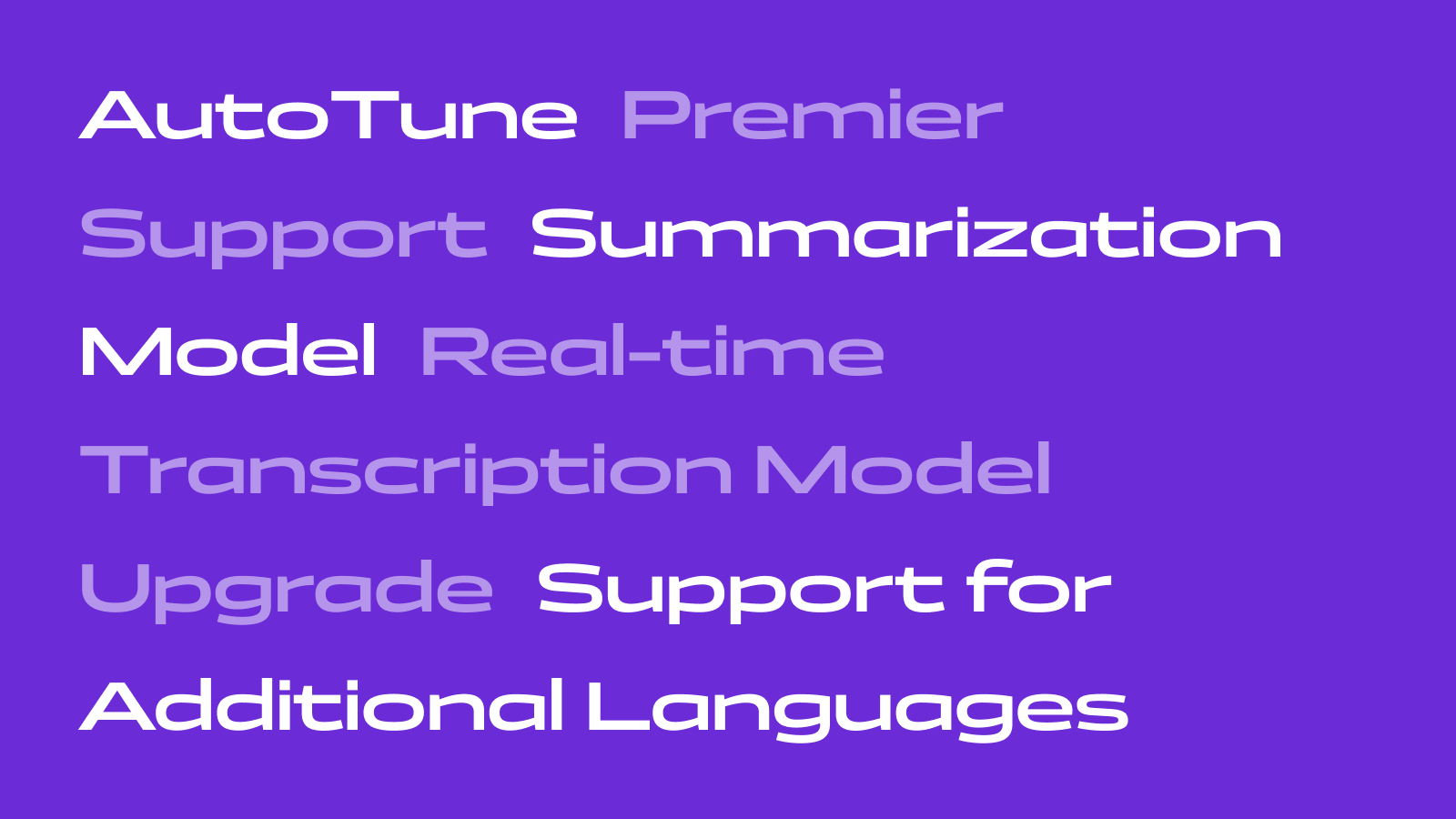