Named Entity Recognition, also referred to as Entity Detection, is a valuable tool in the NLP playbook.

In this article, we’ll look at what exactly Named Entity Recognition is, how it works, some of the top uses cases, and the best APIs for performing Entity Detection.

What is Named Entity Recognition, or Entity Detection?

Named Entity Recognition, or Entity Detection, is a feature that can identify and categorize key information in text or audio stream, such as a transcript generated from Automatic Speech Recognition, or ASR, technology.

For example, you could use Entity Detection to locate the names of people, organizations, or other “entities” such as addresses, phone numbers, social security numbers, locations, and more.

How Does Entity Detection Work and What Is It Used For?

Named Entity Recognition, or Entity Detection, works by identifying notable objects in a structured or unstructured text. This process is useful for analyzing a wide variety of texts, including those transcribed from an audio or video stream using a Speech-to-Text API.

As stated above, Named Entity Recognition must both identify and categorize this information. There are two main models used to achieve this goal: Ontology-based models and Deep Learning-based models.

Ontology-based Named Entity Recognition uses a knowledge-based recognition process that relies on lists of datasets, such as a list of company names for the company category, to make inferences. Because of this, its accuracy can vary greatly based on how relevant the datasets are to the input text. Ontology-based models work well for jargon-heavy topics, such as medical or science fields.

Alternatively, Deep Learning-based Named Entity Recognition uses trained neural networks consisting of thousands, millions, or even billions of parameters to understand the semantic and syntactic relationship between words and phrases in the input text. These models are trained on huge, diverse datasets that significantly increase the accuracy of Named Entity Recognition beyond that of ontology-based models.

Here is a list of commonly supported entity names for Named Entity Recognition:

Why is Entity Detection important? Entity detection can be an extremely valuable data collection and analytical tool for a wide range of industries.

By collecting this entity information, companies are empowered with invaluable customer or employee information, regardless of industry. Then, they can perform analytics to boost understanding of customers, adjust marketing campaigns, modify products, and much more.

What are the Best Entity Detection APIs for Named Entity Recognition?

AssemblyAI’s Entity Detection API detects a wide range of entities on top of a transcription text (like from an audio stream) at industry-best accuracy. AssemblyAI frequently updates its API offering, most recently adding drivers_license and banking information, such as account and routing numbers, as additional entities that can be detected.

Dandelion offers “entity extraction” of text across documents and social media. The European-based API supports Entity Detection across English, Italian, French, German, Portuguese, Spanish, and Russian at varying degrees of accuracy. A list of entities it is able to detect was not available.

Users looking to test the Entity Detection tool can do so for free up to a certain threshold.

Google’s Natural Language API also supports entity analysis and extraction, in addition to a host of other features, from an unstructured text. Their service is split into two components:

While users can try Azure for free, getting started can be a bit cumbersome, especially if speech recognition services are also needed.

The TextRazor API helps users extract the “who, what, why, and how” from a wide variety of textual documents. Their Named Entity Recognition feature can detect entities such as people, places, and companies, as well as look for disambiguation clues to increase accuracy, though accuracy remains lower than other Entity Detection APIs.

In this article, we’ll discuss what exactly text summarization is, how it works, a few of the best Text Summarization APIs, and some of its use cases. 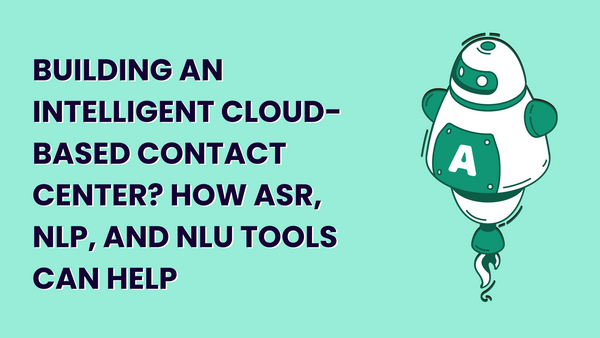 Fifty-six percent of contact centers plan to invest in AI technology. But choosing the right AI tech is key to success today and for safeguarding that success into the future. Whether it’s to optimize workflows that increase agent productivity, automate QA management, or support more efficient agent training, many 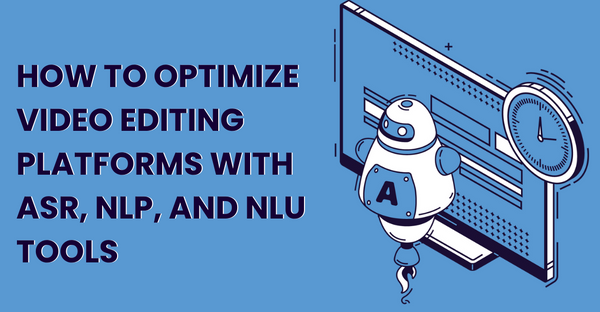 How to Optimize Video Editing Platforms with ASR, NLP, and NLU Tools